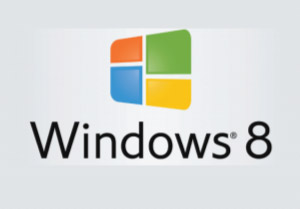 After 700 entries, 31 finalists and over 5000 votes, we finally have a winner to announce from our Windows 8 Logo Contest.  The voting resulted in a clear winner with another 6 designs coming close for second place.

[singlepic id=31 w=320 h=240]
I was inspired by the Metro Design Language and the Windows Phone 7 logo, which I think is a prime example of what the philosophy should lend to. I tried to make a consistent, modern and vibrant branding system that unified the portfolio of products and services of Microsoft, using their own design language. Also, instead of reinventing the wheel, I used the same icons used for each brand, so they wouldn’t lose equity

[singlepic id=15 w=320 h=240]
My name is Najla Mansour, from Syria, Homs and currently living in England doing a Master degree in architectural design.  For Windows 8 I wanted to keep the design looking like a window but also wanted to put it into an interesting perspective. I think Micorsoft needs to put Windows into a new perspective and this logo does that. I tried to improve on the original logo and not copy it or relate it to any other brand.

[singlepic id=1 w=320 h=240]
My name is João Piedade and I’m 19 years old. I’m studying Audiovisual and Multimedia in Portugal. My inspiration for the design was the square shape (tiles) used in Windows Phone 7 and Windows 8. The colors used in the concept are some tiles colors used in the Metro UI. I was trying to make a tile that had a Window inside but not in the regular way.

[singlepic id=12 w=320 h=240]
My name is Kunto A.W, I was inspired from the original Windows 7 logo. I wanted the logo to look like a natural progression forward. I think I accomplished this by making have a newer, modern perspective while still keeping the true and traditional colors. Technology always advances from the old to the new, so I think this logo represents that fact very well.

[singlepic id=3 w=320 h=240]
My name is Uroš Stanojević, a.k.a. Urohe, a graphic designer from Serbia. Since Microsoft’s idea was to make the logo modern yet classic, I decided to take the Windows 1.0 logo and make it more modern by using some simple warping and adding bright colors. The logo uses, as Microsoft wanted, bold, flat colors and it has a very clean, simple and memorable shape. The logo itself brings memories of the origins of MS Windows and points out the tradition and Windows heritage.

[singlepic id=24 w=320 h=240]
My name is Syed-Anam Hussain.  This logo is inspired by the Office System logo which I think is under-used and could be made much better. I just thought it was a mistake to ditch the ‘value’ that the current Microsoft logos have earned over the year to a completely new logo. I really felt that some of the logos in the Microsoft suite of products are very under-used and really wanted to reuse or revitalize them in some way.

In 1st place designed by Biaggong

[singlepic id=31 w=320 h=240]
You can probably tell that I was inspired by the existing metro style interface and the movement of it. I really like how it flows and you can swipe between apps. Swiping between apps looks more fun than it does on iOS, so this is something I really wanted to put an emphasis on. I also liked the traditional colors so I wanted to keep them to be true to the Windows roots.

Congratulations Biaggong for having the best alternative Windows 8 logo and winning the $300 prize! A big thank you to all the participants for all their hard work. Stay tuned for another upcoming blog post where we will open the voting for the funniest Windows 8 entries we received. The winner of that contest will receive $150.

Do you agree with the votes? Was Biaggong’s logo the best out of the bunch? Let us know in the comments below.

Matthew Kostanecki is speaker, author, and active contributor to the small business community. He leads the marketing and business development for inFlow Inventory.