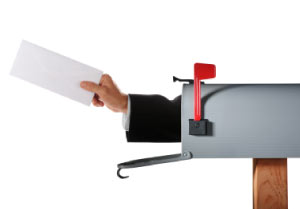 Good writing is not a matter of using intelligent sounding vocabulary or even subject matter but more often than not, good writing is in the way the writer is transmits the information. For instance, think back to your favourite comedy program and tell your computer what the last episode was about.

Having trouble?Now think back to your favourite joke from that episode…any chance you can repeat it word for word?

That’s because it’s much more important what form a piece takes than its actual content.William Zinsser claims that unless the writer forces you to care about their subject by writing with honesty and passion, you won’t (3-5).Ultimately this is what draws in your audience and causes them to pay attention to you while you quickly teach them something.As an example, North American audiences may remember these Looney Tunes PSA’s from the 80’s which used the beloved characters to pass on a message about the importance of recycling.

However a writer’s propensity to overindulge their desire for vocabulary exhibitionism may, on occasions where the recipient is not paying close attention, result in unnecessary confusion.Basically, writers who use large words for the sake of it aren’t helping you learn anything.As they say, “keep it simple, stupid,” and in an age where your audience spends more time online but is less likely than ever to stay put for very long you have to hook them in fast (Nielsen, Whitney).

So, what does all this mean?Well for starters write about things you have a passion for and make sure to speak from the heart.You can always worry about editing your work after the initial data dump from your brain but it’s incredibly important to clear out all the cluttered words before they go to print.To demonstrate, you’ll see a screenshot at right of my original article, with my edits tracked. While you should never treat your audience like they’re stupid, be sure to take into account that the clearer your language is, the less likely it is you’ll have to re-explain your topic later. This can be incredibly important when sending company memos or client e-mails as it wastes time and effort on both sides to have to clarify the initial message.

Ultimately it’s more important how you transmit the message and than what you’re discussing; even garbage can be interesting if discussed with some flair.Be passionate about your writing (even if it’s a memo about not borrowing staplers without returning them) and write as if your audience has no prior knowledge of what you’re talking about.Keep it concise and don’t repeat yourself. And most of all, have fun!