Viral Marketing: can you really plan for it? 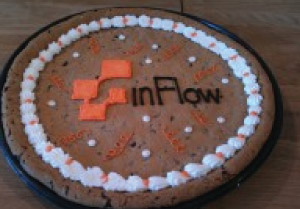 As the entertainment experience moves onto the internet and the ways in which you can reach your audience diversify, is it becoming more difficult to get your message out there?  What’s an entrepreneur to do?  Well, it seems that some of the best advertising out there is the unintended consequence of your product…

Recently, software company Rovio’s public profile has been helped along by a carefully crafted series of spoof videos and creative endeavours that are entirely independent of the company itself.  Fans of their popular game Angry Birds have created movie trailers, Angry Bird cake pops, or even a playable Angry Birds cake.  It does help that Angry Birds is one of the most popular mobile games going.  Theirs is a good example of the ‘field of dreams’ approach to marketing: “Build it, and they will come.”

Not all companies are popular enough to have baked goods made in their image, so how to replicate this sort of self-perpetuated advertising for your own company?  Dan Ackerman Greenberg has a different perspective, suggesting that viral marketing is not entirely organic.  “There are tens of thousands of videos uploaded to YouTube each day (I’ve heard estimates between 10-65,000 videos per day). I don’t care how “viral” you think your video is; no one is going to find it and no one is going to watch it.”  Greenberg suggests that the only way to truly get your video seen is to follow some or all of the techniques he describes in his article.  Among them Greenberg suggests seeding comments by having employees log in under assumed aliases and simulate heated debates on the comments section of videos they’re promoting.  He also suggests using misleading titles or thumbnails to get users to watch your content.  Greenberg also maintains that in order to make content useful to your marketing campaign it must be short and drive traffic back to your site.

James Altucher of the Business Insider has a slightly more positive approach, suggesting that the key to successful videos is drawing out and building on something that has already been successful.  What’s more, if your video happens to be successful, spoof videos and responses tend to crop up, which make the original even more popular.  Case in point: one of the most well known “viral” videos of last year was the Old Spice commercial starring overnight sensation Isaiah Mustafa.  Sesame street spoofed the commercial using beloved character Grover to teach children how to use the word “on”.  By drawing on the success of the original video Sesame Street not only created a video that has also been wildly successful, they’ve drawn folks back to the original.

Ultimately even if your customer base is the only audience your video ever sees you’re still providing the opportunity for them to share it with their friends and associates who themselves may pass it along.  This is the goal; the self perpetuating video.  When a viral video doesn’t necessary sell anything but your brand you’re placing yourself in a position where you can promote the brand without hitting people over the head with your message: “our products are awesome and you should buy them.”

And now for some of the most popular viral videos:

Which launched these two little English gentlemen to internet stardom and even inspired a remix with Kanye.  A good example of (presumably) organically-driven popularity.

A good plug for both companies as it was quite popular when it was first released and inspired many user created videos which perpetuated the trend.  Sponsored by Coke.

Matt Harding, a traveling software developer from the US, having released his first video to a decent amount of fanfare was then sponsored (smartly) by Stride gum for this video, which went viral.