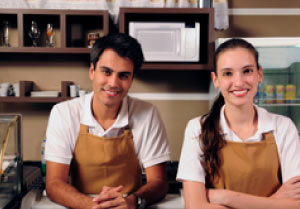 It’s estimated that 80% of the world’s businesses are family owned or operated.  This means that if you own a small business, chances are you’ve got at least one family member working with you.

They may even co-own your business.  What the studies also show is that after the first generation, the likelihood of the business being passed down is significantly reduced.  That said, even in companies which are not co-owned by family members the family relationships play a large role in getting your company off the ground.  When a business is just getting started support from family members can be essential, but could it be more hassle than it’s worth?

It’s important to remember that even when help is being given free of charge, there should be appropriate consideration given to creating rules which can be adhered to when family members are involved in a business.  By ensuring that a very clearly drafted set of guidelines and expectations is available from the outset, you can help prevent misunderstandings and hurt feelings down the road.  Even more importantly if you’re prepared you’ll be one step closer to ensuring that you’re not suffering from a sense of entitlement on the part of your family members when your business starts to expand.  It is this balancing act between the family and the business which is the most difficult to manoeuvre and which may, according to Carolyn M. Brown of Inc.com, be best served by putting the business first.  “Research shows that business-focused family businesses tend to create more generational fortunes—$7 of net worth for every $1 dollar that a family-focused family business has.”  If the family can rally behind the common goal of the business it can serve to unite family members and undermine instances of self interest amongst the family.  In addition, getting used to putting the business first can help with decisions such as whether a particular family member should be awarded a position over another applicant.  Documentation can also benefit relationships with non-family employees, ensuring that your employees feel they have just as much chance of promotion as family members.

As an example, American Real-estate mogul Donald Trump’s children may work for the family business now but both Donald Trump Jr. and Ivanka Trump had to cut their teeth outside the family business first.  Don Jr. launched Trump Mortgage (a company which was started independently of his father’s business) and is now an Executive VP of Development and Acquisitions at Trump Enterprises.  Younger sister Ivanka is a former professional model who began her real-estate career at Forest City Enterprises, before moving on to an Executive VP position with her father’s company.  So the key here, according to Brown, is in-industry training that falls both in and outside the family business:

“Establish formal or informal programs…[y]oung people can become apprentices to their older relatives and learn the inner workings of the business. Mentors should also include people from outside of the family, she advises.”

Finally, it is also important to remember that keeping an individual out of the family business if they are not well suited can be a good decision for not only the company but also the individual involved.  The Hilton family correctly identified very early on that their daughter Paris was not suited to working in the family business.  In doing so they’ve saved the Hilton Hotel Group a lot of embarrassment, but more importantly have forced Paris into business for herself.  As a result the world’s most famous heiress has actually built an endorsement empire of her own to the tune of $7 Million USD in 2010 alone.  Ultimately it’s about keeping a clear head and making decisions for the benefit of the company.  But then again, isn’t that what business is all about?