Rooting out the weeds in Glen Stewart Ravine 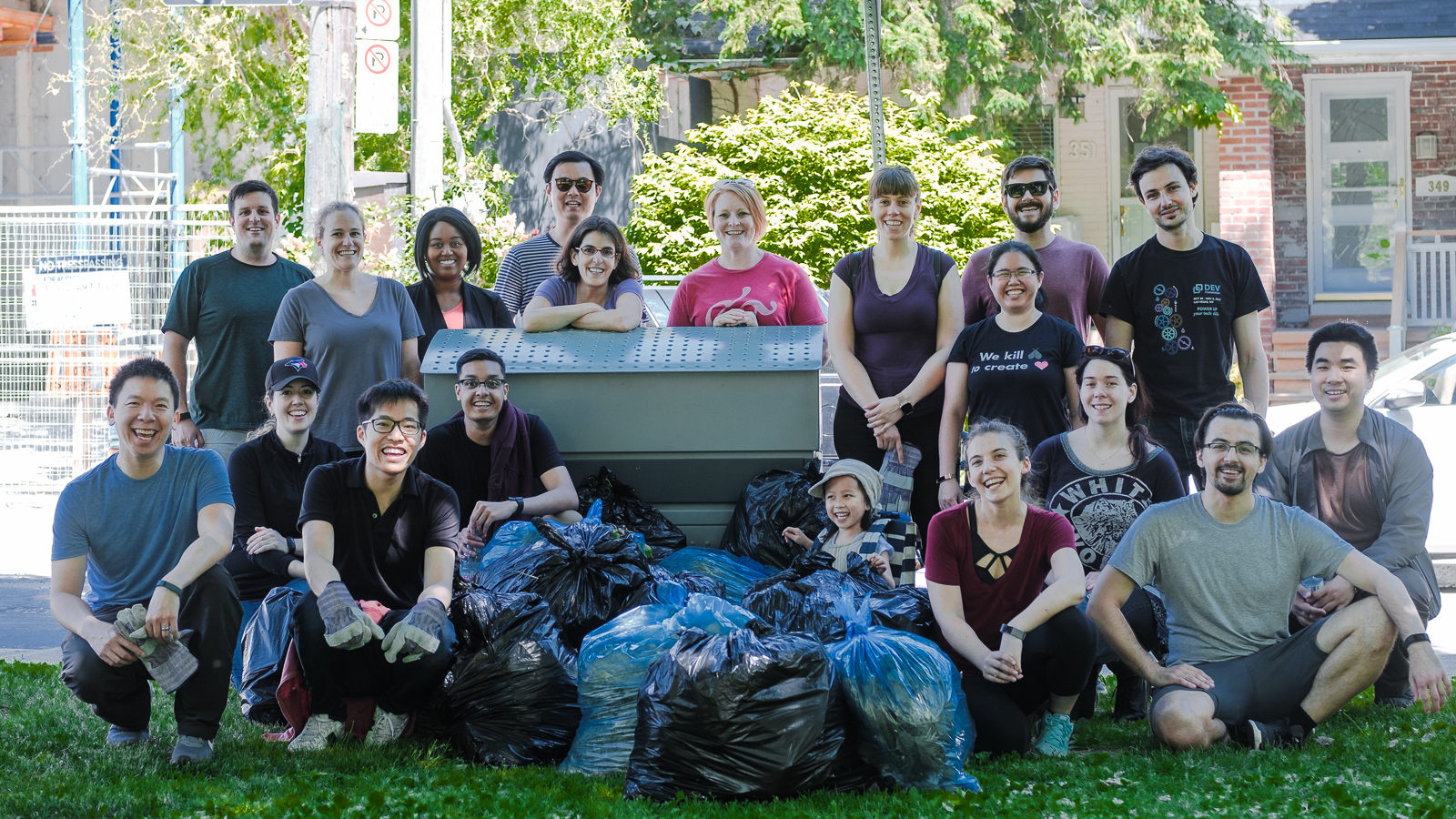 Twice a year we get the whole inFlow team together to volunteer somewhere in our community. These events have taken us north to the Evergreen Brick Works and west to the Liberty Grand, but this particular outing led us southeast to a treasure trove of green that our city calls the Glen Stewart Ravine.

It isn’t a very large space — the whole park seems to run about one kilometer (about 0.6 miles) from end to end — but it’s absolutely chock full of vegetation, which makes for a very stark change from the small patches of trees we’re used to seeing around the streets of Toronto. 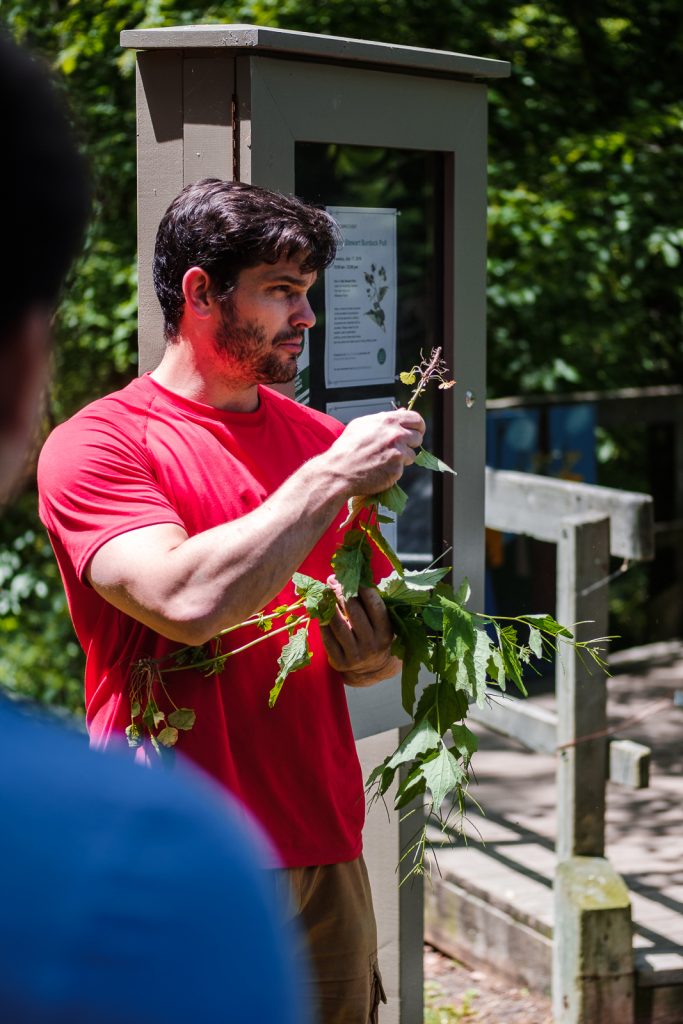 We met up with John of the Friends of Glen Stewart Ravine, a group devoted to making the ravine a safe and clean place for everyone in the community to enjoy. Our job last Friday was to take up garbage bags, wear heavy gloves, and take out the trash. 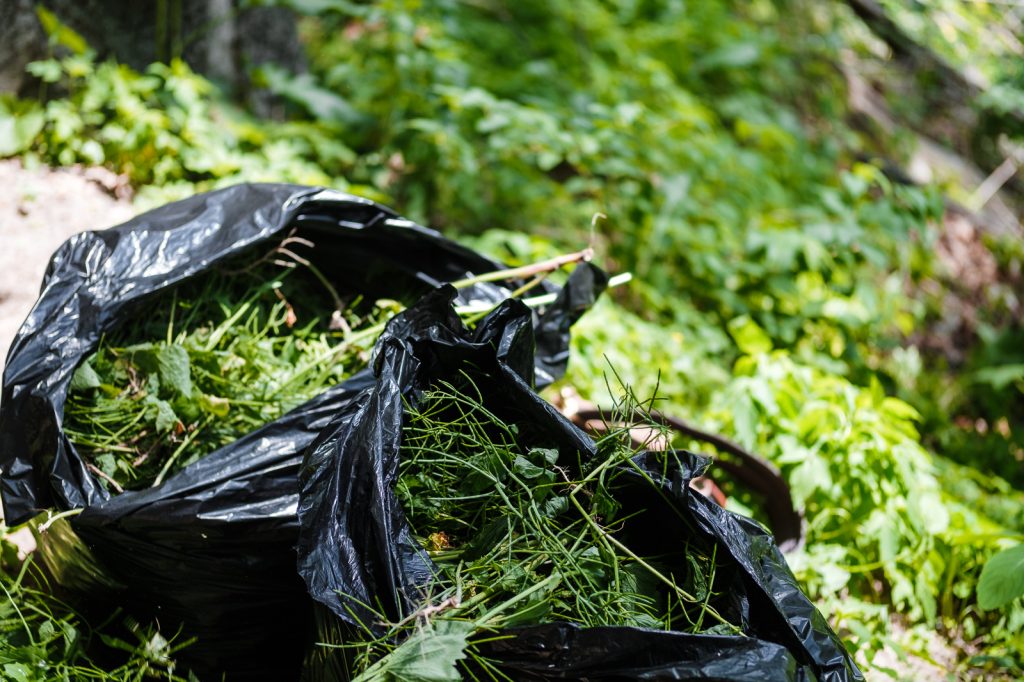 This trash came in two forms: everyday litter that unfortunately gets left in the park, as well as invasive weeds. John held up a few different plants like dog-strangling vine and garlic mustard, and showed us how to root them out. These species are so pervasive that we couldn’t put them in the compost because they might come back in the form of mulch, instead they went right into the garbage with anything else we picked up.

It might seem ridiculous to weed a forest, especially since the whole forest is full of what we’d consider weeds in our gardens at home. In this case though, we were specifically after these two invasive plants. The reason these plant species pose a problem is that they don’t have any natural predators, and in some cases they are even toxic to the native herbivores that would otherwise eat them and keep everything in balance. As a result, they tend to spread rapidly, take up space, soil nutrients and even choke out native vegetation, which throws off the balance of local ecosystems.

The afternoon ended up flying by as our team split up to tackle the park:

Stephen went right into the ravine to get into the thick of things. He’s gotten so accustomed to the look of garlic mustard that he’s identified some in his own backyard at home. 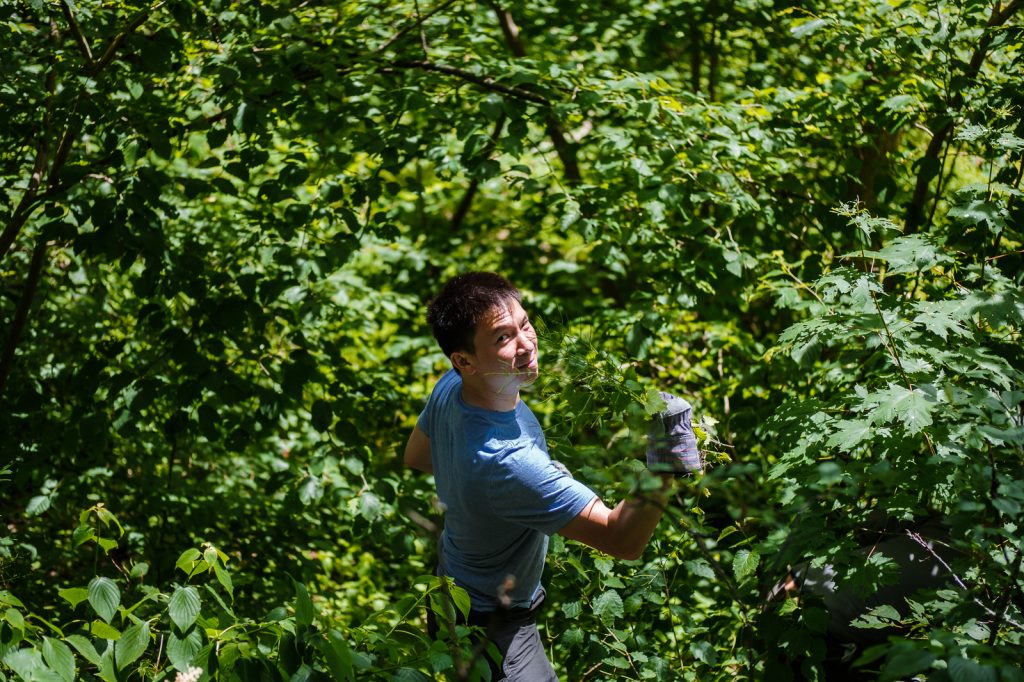 Deb perched herself on an incline and cleared things out methodically. She’s our user experience lead, so this isn’t surprising. 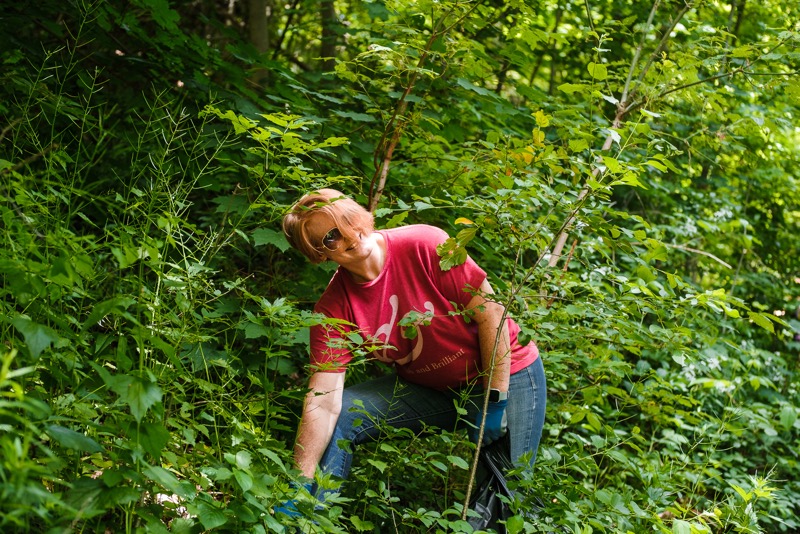 Andrew also helped by marching heavy bags all the way up the stairs and back to the park entrance. 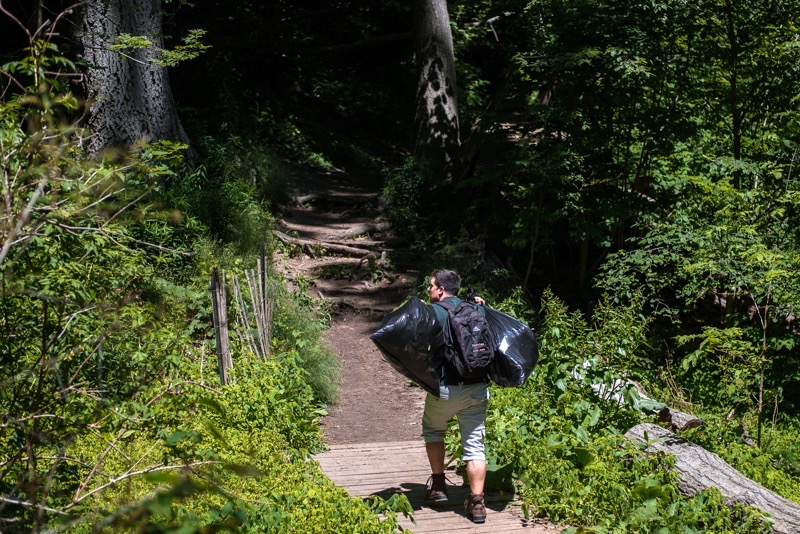 All in all, it was a great experience for the team and it was wonderful to make a visible change to a space that so many Torontonians share. A big thanks to the Friends of Glen Stewart Ravine for having us for the afternoon!